Is Hemp Oil Right for Me?

Is Hemp Oil Right for Me? A First-Time Buyer’s Guide

With the resurgence of the cannabidiol industry in the 21st century, hundreds of companies have literally launched overnight to address the increased demand for hemp oil. With each of them making very similar claims, it can be difficult to determine if hemp oil is right for you.

Hemp oil retailers are competing against each other online for the title of “Best hemp oil company.” Because of this it can be very overwhelming to accurately determine which is the best hemp oil to buy.

Before making a purchase, it’s important to consider a wide variety of factors.

As a first-time buyer, education is the key factor in determining if hemp oil is right for you. This guide will serve as a trusted source of information, as it’s important to have a basic understanding of what’s actually in your hemp oil tinctures, capsules and topicals. 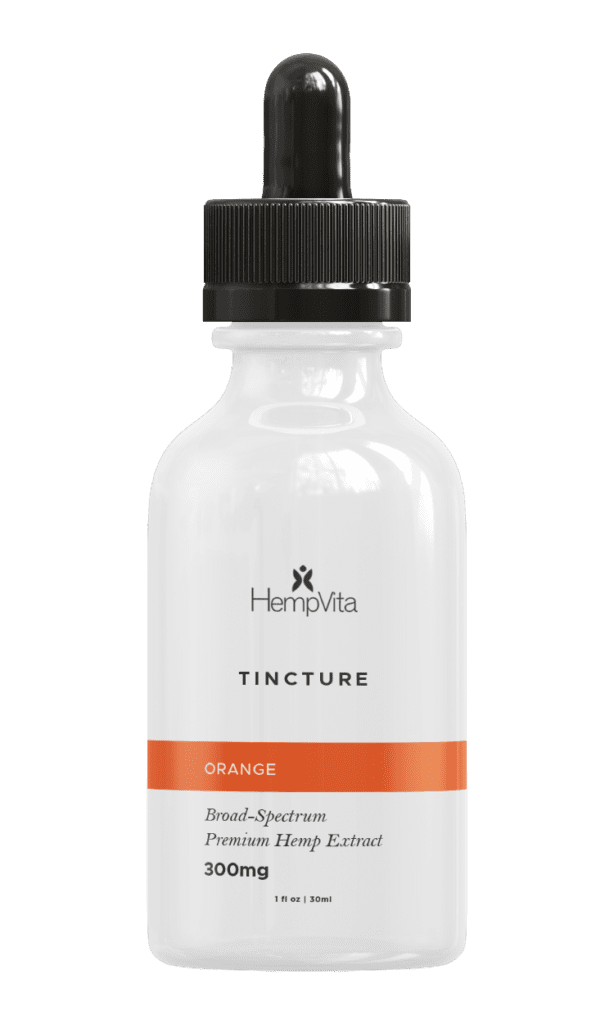 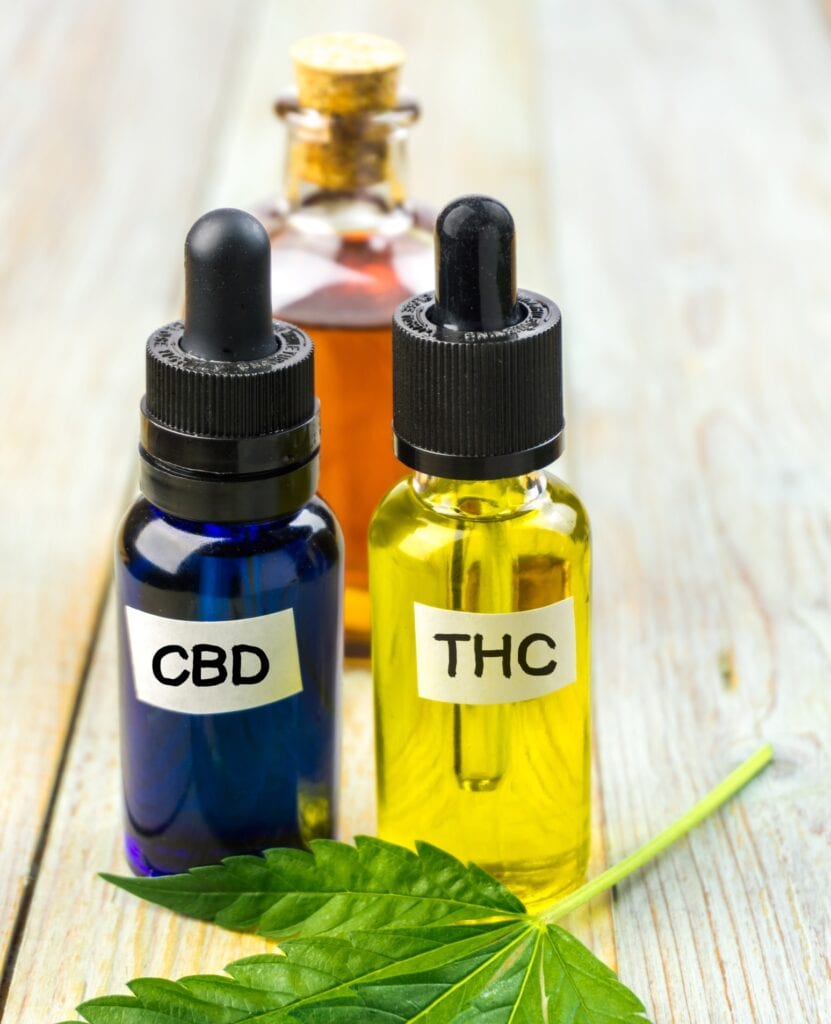 Understanding Which Hemp Oil is Right for You: The Difference Between Marijuana and Hemp

One of the biggest misconceptions about hemp oil is the idea it comes exclusively from marijuana. Although marijuana plants do contain hemp oil, products using hemp oil extracted from marijuana can contain higher concentrations of THC.

When Congress passed the Agricultural Act of 2014, better known as the “Farm Bill,” the law opened the door for closely monitored industrial hemp growth on American farms.

Both hemp and marijuana come from the same plant species – Cannabis sativa – but vary in THC composition. THC, otherwise known as tetrahydrocannabinol, is the most infamous cannabinoid due to its high-inducing properties.

Hemp is bred to have lower THC concentrations. Conversely, marijuana is grown to have high THC content. Only hemp-derived oil is federally legal because it is extracted from industrial hemp containing less than 0.3 percent THC.

In the United States, the topic of hemp oil is somewhat controversial. Many are aware that the founding fathers were known for growing hemp, but did you know that the federal government encouraged farmers to grow hemp during World War II? In 1942, the U.S. Department of Agriculture released a short film entitled, Hemp for Victory, which was released to motivate U.S. farmers to grow hemp for military use.

As the war concluded, hemp was once again tossed aside and the Controlled Substance Act of 1970 officially made hemp illegal, classifying the plant as a Schedule I drug – the same category as heroin, LSD, and cocaine. What resulted was the need for international hemp, where growing standards are not as strict as those set by the U.S. Department of Agriculture. 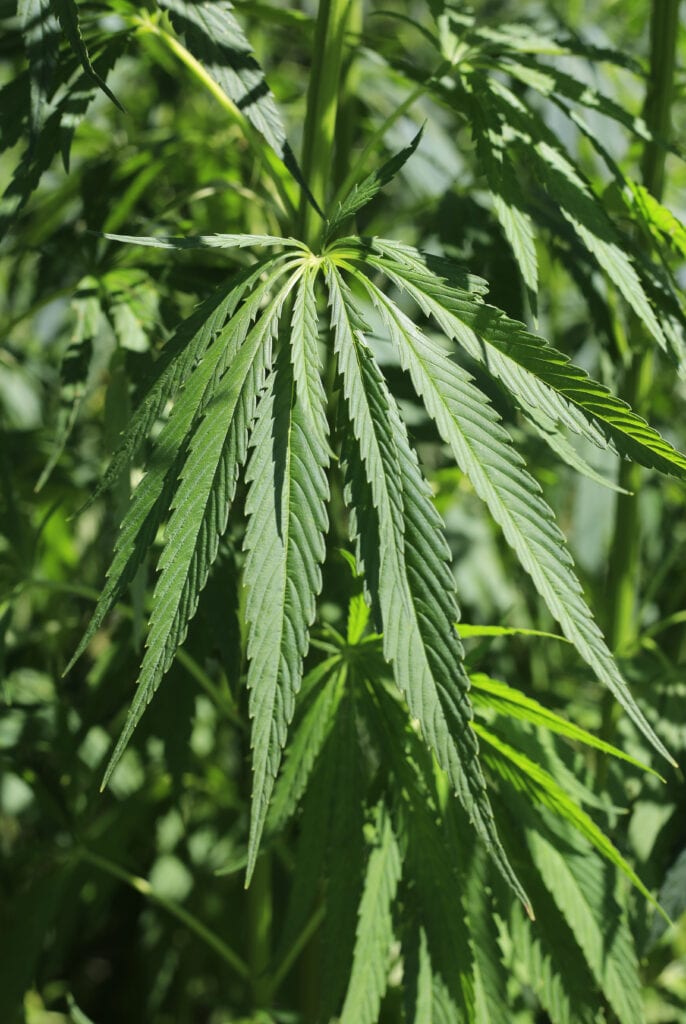 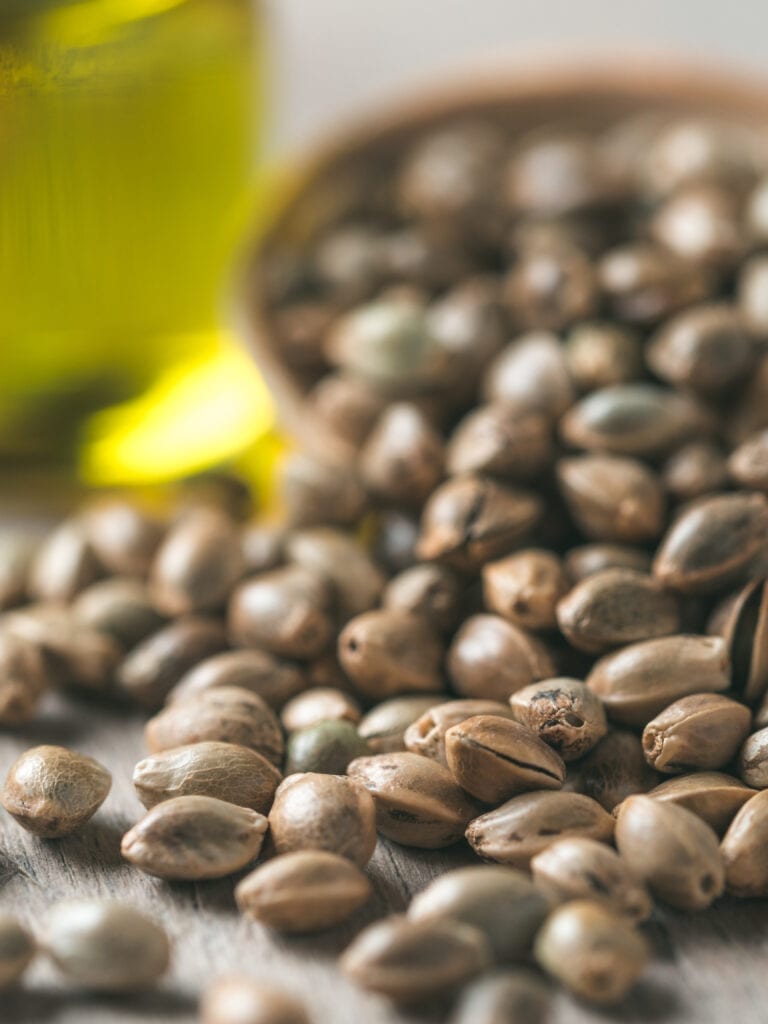 In retail, it’s often assumed that a higher priced product is of better quality. As it pertains to hemp oil, that may not be the case. Price and quality do not always correlate.

In 2016, The Food and Drug Administration (FDA) found serious labeling discrepancies in over 20 products which claimed to contain hemp. Analysis showed that the products contained significantly higher or lower concentrations of hemp than advertised. Some contained no hemp at all.

When it comes to buying hemp oil, don’t just seek an expensive product in hopes of getting the best in the market. Instead, focus on learning about the company’s manufacturing process and exploring their lab reports to determine what you’re getting in each product batch.

Now that you understand what hemp is, your next question may be where to buy hemp oil. You can often buy hemp oil online, at dispensaries, and specialty retail stores.

One of the downsides of buying hemp oil at a dispensary or specialty retail shop is quality control. Because retailers are purchasing products from external extractors, they often don’t provide lab reports or purity analysis.

When you buy hemp oil direct from companies that provide information about their manufacturing process and post verified lab reports, you can rest assured you are getting high-quality hemp oil. 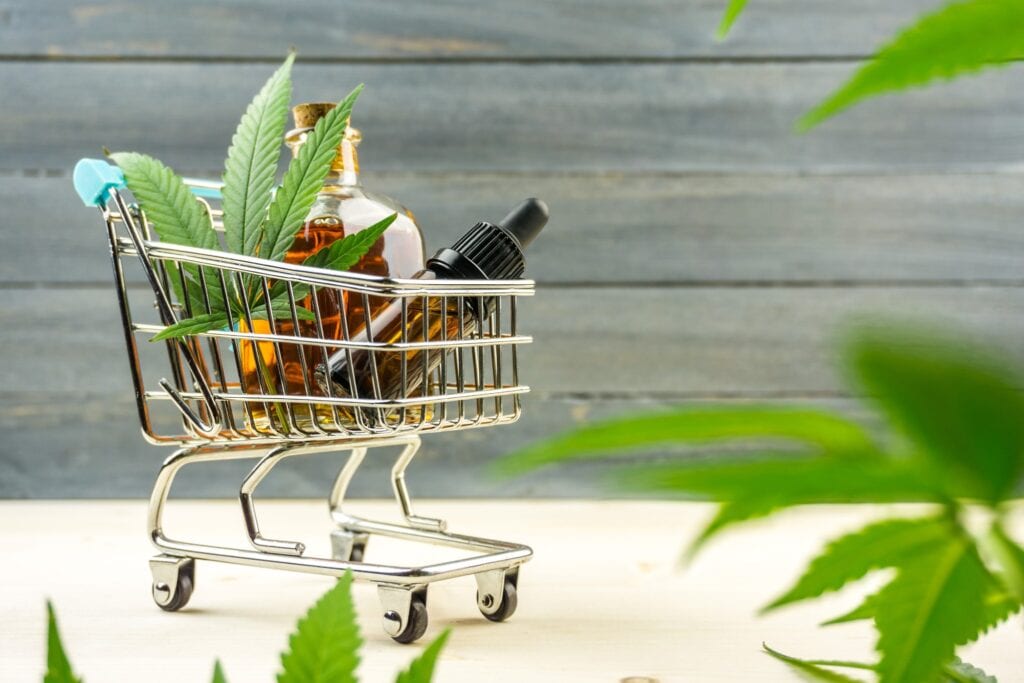 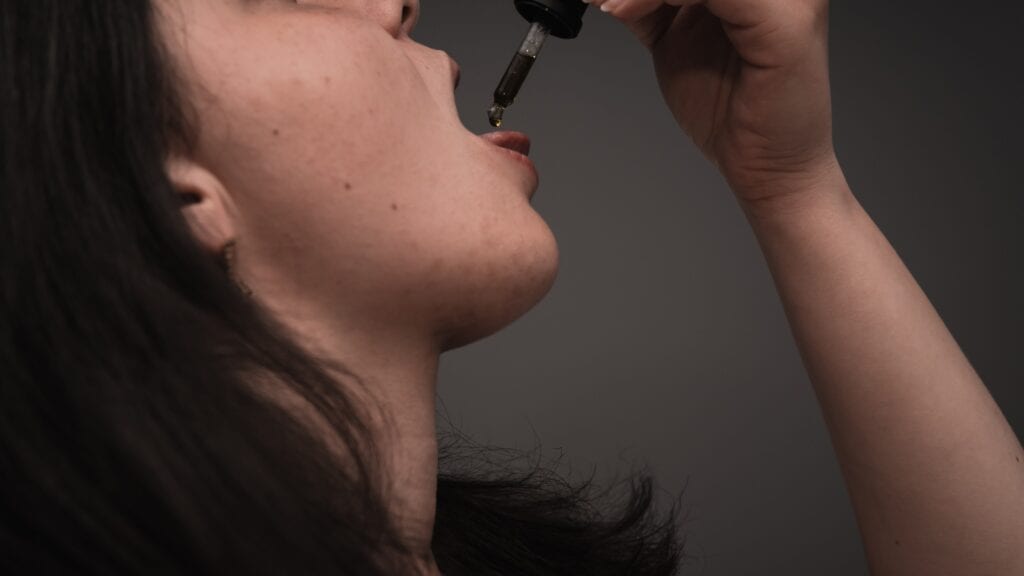 The actual amount of hemp you receive should be the total hemp number on the front (in milligrams), divided by the number of servings in the bottle, which is usually found in the product facts chart on the back or side of the label.

5 Things to Look for When Buying Hemp Oil Online

Before you buy hemp oil online, be sure to keep an eye out for these five factors:

More and more people are looking for new ways to help their pets put their best paw forward. That begs the question, “is hemp oil okay for pets?”

Because mammals (including cats, dogs, and horses) all have similar ECS functions, hemp for pets can provide some of the same applications. For those looking for an alternative and natural relief, hemp may support a more wholesome wellness regimen. 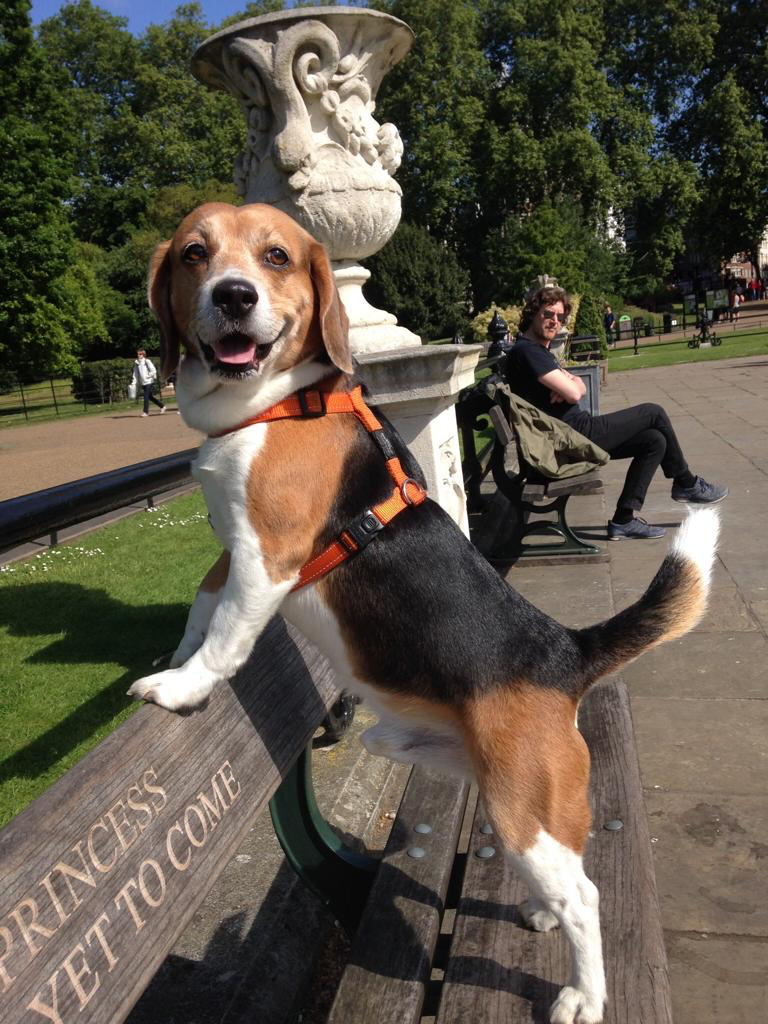 Are you ready to feel the difference?