Historically, cannabis has been seen almost as a dirty word because of the laws and stigma surrounding marijuana. In current times, we are learning that cannabis is actually not as dangerous as people originally thought, which has been changing people’s perspectives of the uses of cannabis products and their potential benefits.

For those who come from an era that was convinced marijuana was as deadly as heroin (note that it is still categorized as a Schedule 1 substance), it can be a little bewildering to see dispensaries pop up in certain states that sell marijuana. However, there is a new product that has seen a boom in recent years, which is composed of a compound commonly known as hemp.

Hemp is a chemical compound that comes from a hemp plant, which is made up of about 113 different cannabinoids. Hemp makes up about 40% of a cannabis plant and is the second most common chemical compound found in the plant. Of all the cannabinoids that occur naturally in a cannabis plant, cannabidiol, cannabigerol (CBG), and tetrahydrocannabinol (THC) are the most recognized.
As a product that has seen a complete change in the world’s perception of it, Hemp has been said to have many positive effects for people. But before somebody decides to give it a try, whether it be for pain relief or just for fun, it’s important to understand important characteristics of the product, whether it’s understanding where it comes from, how it is compared to THC, how it came to be legal, and how it affects the human body.

Where Does Hemp Come From?

Although the hemp compound can be found in psychoactive cannabis, which is the marijuana plant, most hemp products on the market are extracted and separated from the hemp plant, which is not psychoactive. Hemp is the second most common compound found in cannabis plants, making up around 40% of extracts.

Hemp and marijuana are both cannabis plants that look very similar, and both are harvested for the flower buds that form in their stalk. The two plants are different in terms of its effect, which we will learn in the next section, but the extracts that farmers use will determine the concentrations of the plants with the ratio determining if the plant is federally legal hemp or if it is THC, which is legal depending on the state. 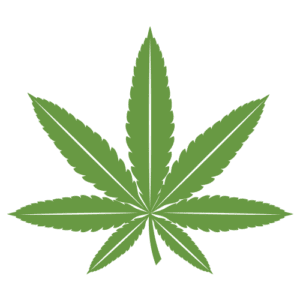 Remains federally illegal, with the exception of certain states

Federally legal if production is followed by laws and regulations

The Legal Side of Hemp

Unlike marijuana, hemp has been legalized throughout the United States in the 2018 Farm Bill signed into legislation by President Trump, drastically changing the way we look at hemp as opposed to previous laws in place. For decades, in the eyes of the law, hemp has been categorized as the same as other cannabis plants, initially made illegal through the Marijuana Tax Act of 1937 and then formally introduced into legislation under the Controlled Substances Act of 1970, banning any and all types of cannabis.

Although it is now legal for farmers to grow and distribute hemp, there are a lot of restrictions and certain licensure that must go into who can grow it and where. Not only are there shared regulations on hemp cultivation on the state and federal levels, but there is a strict 0.03% THC limit in hemp cannabis plants that legally cannot be exceeded. Any amount of THC that exceeds that amount in a cannabis plant would be considered marijuana, which does not have the same federal legal protections as hemp.

How Hemp Affects The Body

The cannabinoid molecules found in hemp interact with the human body’s endocannabinoid system but are not psychoactive, so people do not experience that “high” that is usually felt when somebody ingests marijuana. Most hemp contains some THC, which is the compound that makes people feel high, but it legally cannot contain any more than 0.03% or less.

Since there is still ongoing research on the effects of hemp on the human body, there is a lot of misinformation out there about what hemp is intended to target in terms of pain relief. Derived from the cannabis plant, Hemp oil is one of the more common forms that people utilize for pain and symptom relief. Although we don’t have all the answers about hemp and its effect on the human body, what we’ve found so far has shown that hemp oil is anti-inflammatory, which is what makes it such a great pain reliever but it can also be used to treat acne. The biggest thing to remember is that hemp is intended to relieve pain and make it manageable, but it doesn’t treat disease or other ailments.

It is easy to become misinformed about the effects of hemp on the body, whether that misinformation is saying that hemp will cause harm or that hemp will cure disease. Research is rigorous and is always coming out with more proven information, but if a person is interested in giving hemp a try, it is important that they consult a physician to see if hemp would be beneficial for them.

There are a lot of different types of hemp products that people can choose from depending on their preference and the sort of pain they might be experiencing. If someone needs pain relief for an aching shoulder, a hemp topical or lotion would be the best option, but if that person is experiencing trouble sleeping, then oral ingestion might be of a better use for them. For the most part, when it comes to deciding which kind of hemp to take, it mostly depends on the person’s preference and what they need from their product. 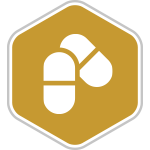 Add hemp into your daily routine as a dietary supplement in the edible form of capsules and gummies, especially since it can be taken at the same time you might take other vitamins or medications, such as in the morning before you head out for the day. They are easier to take than tinctures, you just take the recommended daily dose with water and you’re set for the day. Or, enjoy some flavorful and edible gummies whenever is convenient for similar effects. The catch with using gummies or other hemp edibles is that the effects take longer to set in, but have a much longer effect than something like vape juice which kicks in fast. 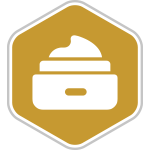 Companies have started adding hemp to their topicals, lotions, gels, and even lip balms to utilize the benefits it can have on the skin. Hemp is often used as an anti-inflammatory product, so it could be used to treat acne, psoriasis, anti-aging, cracked and sore lips, tattoos and more! Since it’s such a great way to treat inflammation, people can use it to target specific areas they might be feeling pain. So if somebody has sore knees or shoulders, the hemp topicals can be applied by rubbing them into the skin at the area in which there is pain. 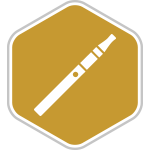 This is a particular favorite for anybody who has a vape pen and would prefer to take their daily dose of hemp this way. It is very easy to fill your pen with vape juice before you head out for the day, and vape juice containers are easy to transport around in your bag in case you need to refill during the day.

Depending on the type of vape you use, you might benefit from hemp pods that function similarly to Juul pods that can be switched out for fresh pods. Some are even compatible with Juul vape pens. 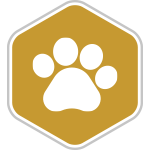 A question that a lot of hemp users with pets want to know the answer: Can I give hemp oil to my dog or my cat? The short answer is, yes, but there are certain precautions you should take before you decide to treat your furry friend. Most who sell hemp include pet treats and oils in their product lists, so be sure to do your research before you decide to give hemp to your pet. The best way to ensure hemp is good for your pet, consult your veterinarian. 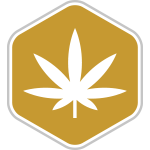 There are so many different ways to take hemp products depending on your preference. A lot of people would be surprised to know that hemp can be smoked in the form of flower similar to how marijuana flower bud is usually smoked, only the bud doesn’t have psychoactive elements like THC does. Another similarity in consumption methods is hemp concentrates that are similar to THC concentrates in a sense that the dosage is far more potent and has a stronger effect.

There is almost no limit on the products and flavors associated with hemp. With your own research, you’ll be able to find the product that is right for you!

These days, it is very easy for consumers to find false information surrounding hemp and its potential benefits, so it’s important to stay informed. Reputable businesses that offer hemp products, such as HempVita, will work to ensure that the products you are buying are healthy and dependable, and that the information you are receiving is factual and continuously updated. For more information on organic hemp products and updates, contact HempVita today!